There are many examples of individual’s positive WAKE-UP words and actions.

Here’s examples reaching us from national and international sources.

Our Winter Elsewhere looks at ‘Goodies’ –  entrepreneurs with ideas ‘for the good’ who find an application to promote the product for social good as well as being a business.

A social entrepreneur is a person who pursues novel applications that have the potential to solve community-based problems. These individuals are willing to take on the risk and effort to create positive changes in society through their initiatives. [Investopedia 28 Sept 2020]

We look at some small scale and international social entrepreneurs who have used their imagination to create these enterprises. 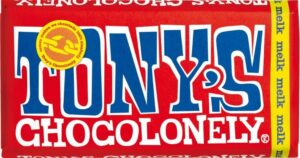 The problem – There is an unfair distribution of value and power in the chocolate supply chain. The chain starts with the millions of farmers that produce cocoa and ends with the billions of consumers that enjoy chocolate. But what about the bit in between? This section is dominated by a group of chocolate giants that profit from keeping the cocoa purchasing price as low as possible. As a result, farmers are forced to live in poverty.. leading to child labor and slavery. 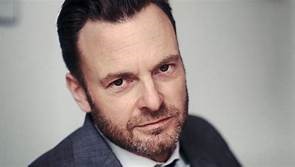 What?! Slavery ? – Right now there is slavery on cocoa farms in West Africa. This is a result of the unequally divided cocoa chain. Tony’s Chocolonely exists to change that. Child labor and modern slavery is against the law – it’s an illegal practice that needs to stop.

Tony’s route to 100% slave free chocolate – Our mission: together we make 100% slave free the norm in chocolate. How are we going to achieve that? It won’t be easy as it’s a complex matter, but we will accomplish it with the help of Tony’s road map.

This map will point us in the direction of 100% slave free chocolate on the basis of the three pillars of action.

Simon Griffiths, Jehan Ratnatunga and Danny Alexander, founders of Who gives a Crap

Sure, we love puppies and sunny days and walks on the beach, but our real love is toilet paper. Why, you might ask ?

First of all, it’s funny. Lots of room for toilet jokes, which we love.

But really, we love toilet paper because for us, it’s our way of making a difference. We started Who Gives A Crap when we learnt that 2.4 billion people don’t have access to a toilet (now 2 billion – yay for progress!). That’s roughly 40% of the global population and means that around 289,000 children under five die every year from diarrhoeal diseases caused by poor water and sanitation. That’s almost 800 children per day, or one child every two minutes. 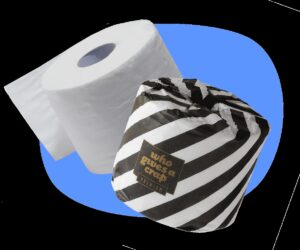 We thought that was pretty crap. So in July 2012, Simon, Jehan and Danny launched Who Gives A Crap with a crowdfunding campaign on IndieGoGo. Simon sat on a toilet in our draughty warehouse and refused to move until we had raised enough pre-orders to start production. 50 hours and one cold bottom later, we’d raised over $50,000 (see the video here!)

We delivered our first product in March 2013 and have been thrilled to keep growing ever since. Not just because our toilet paper is gracing bathrooms across the country but also because we donate 50% of our profits to help build toilets and improve sanitation in the developing world.

READ HERE – Who gives a crap.org 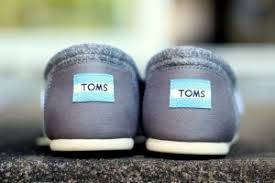 Never doubt that a small group of thoughtful, committed citizens can change the world; indeed, it is the only thing that ever has.”– Margaret Mead 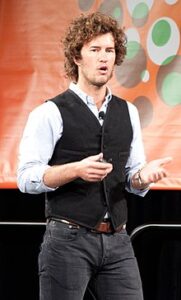 Mycoskie visited Argentina on vacation in 2006. While there, he met an American woman who was part of a volunteer organization that provided shoes for children in need. Mycoskie spent several days traveling from village to village with the group, as well as on his own. “(I witnessed) the intense pockets of poverty just outside the bustling capital,” he wrote in a 2011 article for The Business Insider. “It dramatically heightened my awareness. Yes, I knew somewhere in the back of my mind that poor children around the world often went barefoot, but now, for the first time, I saw the real effects of being shoeless: the blisters, the sores, the infections.”

Inspired, Mycoskie returned to the United States and founded Shoes for Better Tomorrows. Designed as a for-profit business that could continually give new shoes to disadvantaged children, he created the “One for One” business model: the company would donate a new pair of shoes for every pair of shoes sold. An early example of social entrepreneurship, the shoes, similar to the Argentinian Alpargata, were created to appeal to a worldwide audience, which would both sustain the company’s mission and generate profit. Shoes For A Better Tomorrow, later shortened to TOMS, was started in 2006; by 2013, the company had donated more than 10,000,000 pairs of shoes to people in need. The shoes are sold globally in more than 1000 stores.[19]

TOMS created a comprehensive report detailing the ins and outs of using business to improve lives, and how it’s all possible – 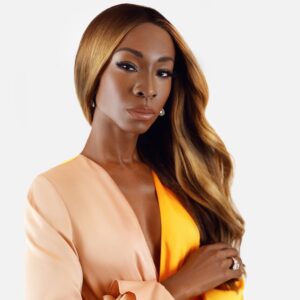 Angelica Ross knows how to make the most of a platform.

The founder and CEO of TransTech Social Enterprises, an incubator for LGBTQ talent with a focus on the transgender community, was also a series regular last year on American Horror Story: 1984 and Pose.

In the latter, her character, Candy Ferocity — a Black trans woman — was murdered, a painful and all too familiar storyline within the community.

For Ross, as a trans woman herself, her acting and her work at TransTech go hand in hand.

“It’s improving awareness of the violence that happens against trans women of color,” she says. “And through TransTech, I can shift focus to how trans people are living and thriving — not just surviving.” This fall, a free, all-digital TransTech Summit will share talks, workshops, and job opportunities with 5,000 attendees worldwide. 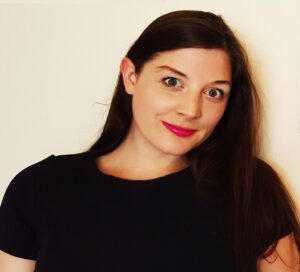 Before the pandemic, she had considered changing her leadership style – while she is generally cautious and likes to plan ahead, she wondered if a good entrepreneur has to take risks.

But her calm, measured approach has turned out to be an asset. 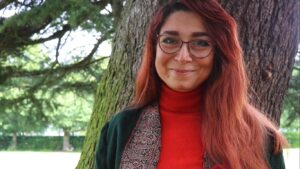 People from different backgrounds will experience the upheavals caused by the pandemic in different ways, and that includes accessing digital services.

Dr Seyedeh Naseriniaki, who in March 2020 founded Chrysalis Crafts Coventry to support asylum seekers, migrants and ethnic minorities with arts and wellbeing sessions, said that going digital raised new issues. Communicating via Zoom, rather than face to face, feels like “going into people’s houses,” she said – so some of the people she works with may feel very self-conscious.

“Everything should be changed and re-tailored again,” she added. 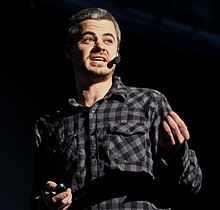 Scott Harrison left a life of luxury in New York City and headed for the shores of West Africa to volunteer with a hospital ship charity named Mercy Ships. The trip was a watershed moment, and in 2006 Harrison founded charity: water, a nonprofit that provides safe and potable drinking water in 28 countries around the world.

As of 2020, the organization had fulfilled 51,438 projects in developing countries. 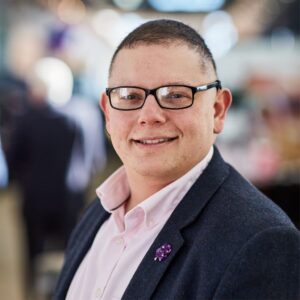 Cemal Ezel is the founder of Change Please, a coffee brand that tackles homelessness.

As well as giving them a job, Change Please gives a London living wage, support with housing, bank accounts and mental wellbeing.

Khalida Brohi  Founder and executive director of the Sughar Foundation 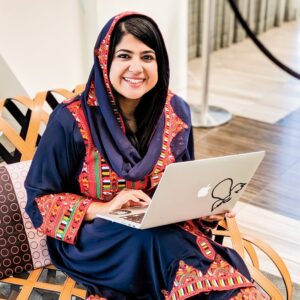 “It has been a very, very difficult time as an entrepreneur,” says activist and entrepreneur Khalida Brohi. Brohi is no stranger to difficult times: When her cousin was the victim of an honor killing in their native Pakistan, she began searching for ways to fight the tradition. In 2013 she created the Sughar Foundation, a nonprofit that empowers Pakistani women through entrepreneurship. “It took us years to find the right model,” says Brohi, who also operates The Chai Spot, a tea shop that serves as a marketplace for the goods created by the women who work with the Sughar Foundation. “But it was actually a short time to fight a custom like honor killings.” In the past year, Brohi was selected as an adviser to Pakistan’s new “successful youth” program, which provides subsidized business loans to young entrepreneurs. “It’s been quite a journey,” she says. “But I’m grateful.” 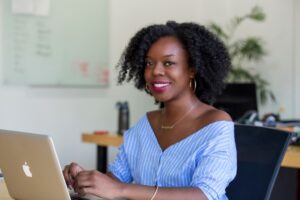 Mandy Bowman grew up in Brooklyn, wanting to be an entrepreneur. “A lot of the Black business owners in the community were like aunts and uncles,” she says. “That really influenced me.” In 2015, she launched Official Black Wall Street (the name refers to the once-prosperous enclave of Tulsa destroyed in the 1921 race massacre), an app that helps consumers find and support Black-owned businesses. As the pandemic had a devastating effect on Black communities and nationwide protests erupted in the wake of George Floyd’s murder, more than 200,000 new members joined, eager to show support with their dollars. Bowman is using that momentum to start to play a larger role between Black business owners and brands, financial institutions, and law firms. “I’m really hopeful that things are going to change for the better.” 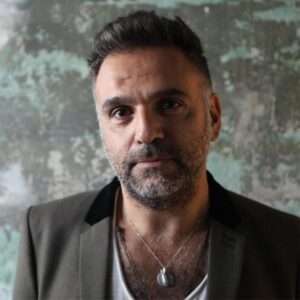 It works with offenders in prison to aid rehabilitation and provide employment opportunities outside of prison with dignity and aspiration. 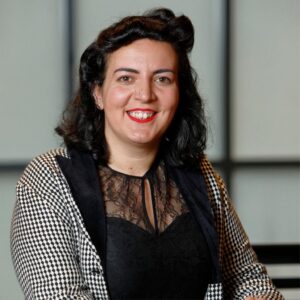 Zakia Moulaoui is the founder of Invisible Cities, a social enterprise that trains people who have experienced homelessness to become walking tour guides in their own city.

Invisible Cities reinvests its profits to further the personal development and education of its guides, and runs community events in the local area. 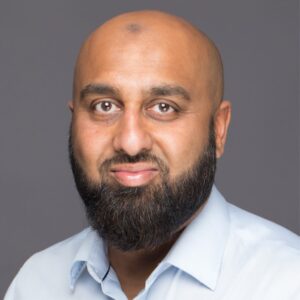 Harun Master is the founder of Jerry Bottle, a brand of reusable, steel water bottles which uses its profits to fund clean water projects in India and Tanzania.

The bottom of each bottle reads the coordinates of the water project funded by the purchase.

READ HERE – Jerry bottle How we give