POSTSCRIPT to the previous Tale on The Light House Project 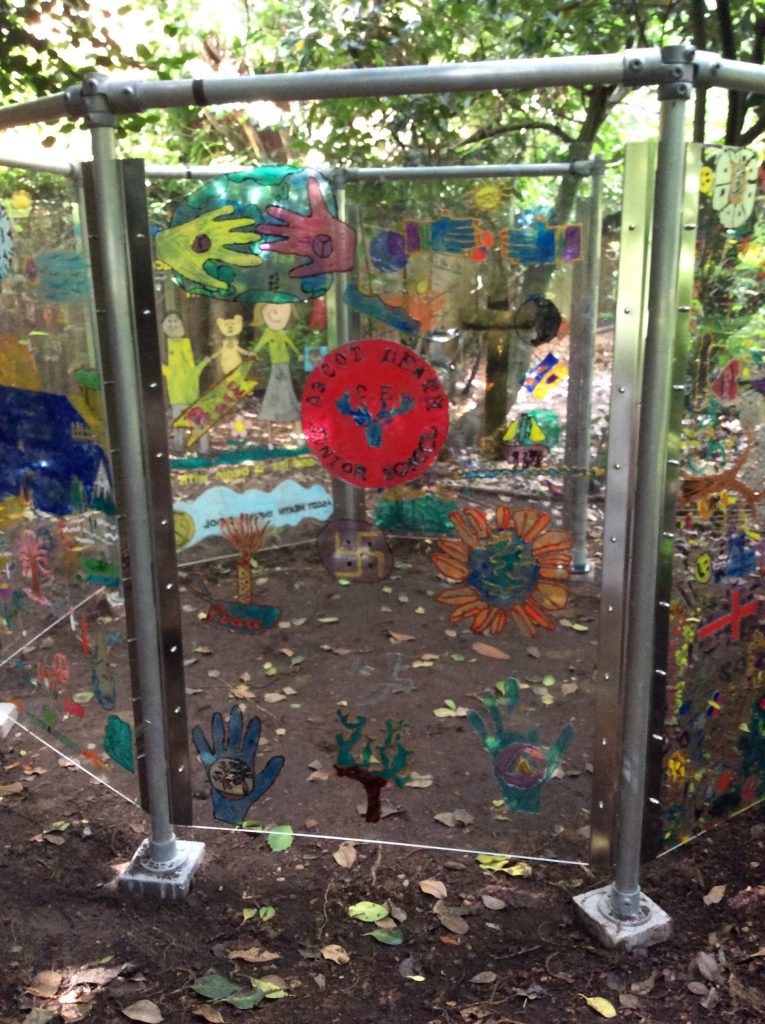 THE LIGHT HOUSE peace education project was launched at Charters School May 2004, in front of three local Mayors and local supporters, as a response to the Invasion of Iraq.

It was and remains an IMAGINATIVE response to the threat of war as a means of resolving conflict.

The Yurt had a short stay in an Ascot garden before being moved to Oaktree Special School in London in April 2018.

Students there will redesign, repaint and have fun in this most beloved space … designed, painted and used by Ascot school children.