By Anne YarwoodOctober 8, 2017Blogs
No Comments 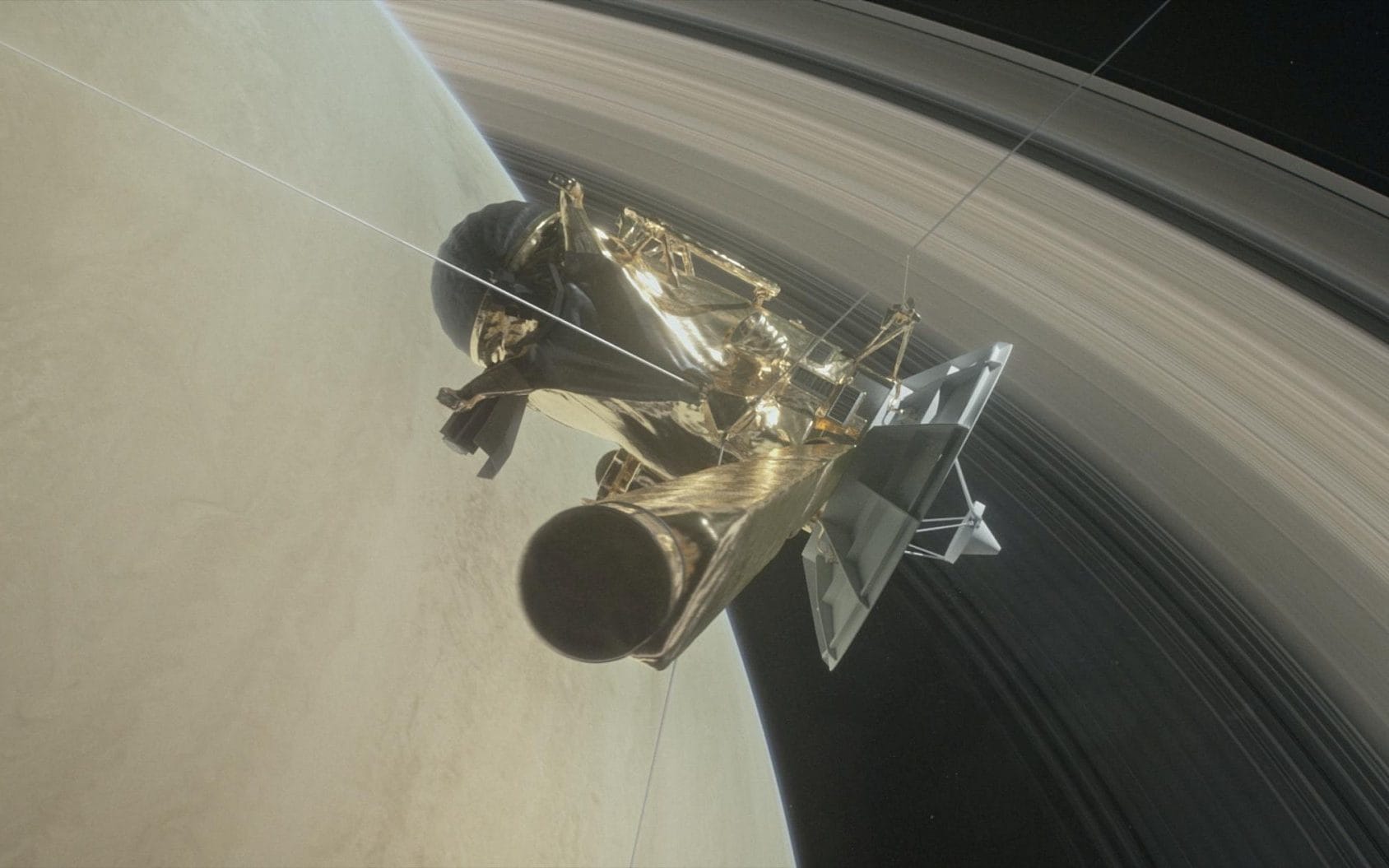 On 15th September 2017 the 13 year journey that Scientists made alongside CASSINI ended as they crashed the craft at 70,000 mph, into Saturn. Fuel had run out. The 22 ft. Robot took 7 years to travel the 200 billion miles to Saturn where it photographed, for the first time ever, Saturn’s majestic Rings. It cost £2.9 million; a joint project of NASA, the European Space Agency & the Italian Space Agency.

This exploration & the pictures of Saturn received back, start off our website’s idea to focus on AWE & WONDERMENT, as the Blogs from now until the December year end.

Why ? You may ask … Because whilst the website tells stories about minutiae … everything we do is set in evolution; are all part of the evolution of the Cosmos and of the details of changes in the Natural World.

Photo – NASA’s Cassini spacecraft about to make one of its dives between Saturn and its innermost rings.  Credit: NASA